Ajijic is situated on a narrow strip of land between the mountains to the north and the Lake to the South. It is flanked by San Antonio Tlayacapan to the east and San Juan Cosala to the west. It is seven kilometers west of Chapala. Its average annual temperature is 19.9 degrees Centigrade “68F”.

In 1521-22, Franciscan evangelists, sent from Spain by Catholic King Ferdinand and Queen Isabella to Christianize the natives, baptized Chief Chapalac, and named him “Martin of Chapala,” master of the people, owner of the land. In exchange, the Taltica Indian chief destroyed his god, Iztlacateotl.

In 1538, Franciscan Fray Miguel Bolonia founded the city of Chapala. He built a hermitage on Chapala’s highest hill, Cerro San Miguel, where he lived until his death. He built another hermitage on the island of Mezcala, where native children were given religious instruction.

Long before the Spaniards arrived, the Cazcanes and the Cocas lived in what is now known as San Antonio Tlayacapan, and both were dedicated to agriculture and hunting. In 1523, Cortez sent men to control the area. By 1539, both tribes had surrendered to the Spaniards, who then built monasteries as refuges for the natives. Thus, the first Catholic church in Lakeside was built in this spot by the Franciscans. All that remains today is the tower, preserved in the patio of the primary school, the rest having been destroyed by time. A new church was built, still in use today. San Antonio Tlayacapan is located between Chapala and Ajijic.

Perhaps as early as 100 BC, nomadic bands of Indians passed through the Lake Chapala Valley. Some moved on, others settled on the shore. Jocotepec, once Xuxutepeque, a small fishing village at the western end of the Lake, became a permanent home for the Nahua Indians in 1361. They built a temple to their god, Iztlacateotl, and practiced human sacrifice. The village became a trading and ceremonial site for the surrounding mountain area.

“OF MANY WARM SPRINGS”

In 1523, Spanish Conquistador Captain Alonso de Avalos arrived in Cutzalan. Chief Xitomatl, who now controlled the area from Ajijic to San Luis, surrendered peacefully, and was baptized by Fray Martin de Jesus. He was given the new name of Juan Bautista de Cosala. Saint John then became the patron saint of the village, which was henceforth known as San Juan Cosala.

In 1522, the Spanish Olid Expedition reached the eastern shores of what is today called Lake Chapala. When it arrived, its leader, Captain Avalos, met with little resistance. A royal grant from the king of Spain gave joint ownership of the area to Avalos, who was a cousin of Hernan Cortez. Franciscan fathers then proceded with conversion of the natives. Old Indian temples were destroyed and Catholic church foundations laid in their ruins.

Santa Cruz de la Soledad is a small town in the municipality of Chapala located within the limits of Lake Chapala in the state of Jalisco, at an approximate altitude of 1,540 m above sea level, and with a population of 1,723 inhabitants (1995 census).

If you keep driving a little bit farther past Jocotepec, sitting on the south shore of Lake Chapala in the municipality of TUXCUECA, you will find yourself at the small town of San Luis Soyatlán. Its name comes from two languages, a Castilian “San Luis” which refers to the patronage of the saint of the population; Saint Louis of Toulouse, and the other “Soyatlán” which is Nahuatl meaning “place of soyates” (the fiber of soyate is the primary material for Mexican mats and hats).

Founded in the year 1586, located on the shores of Lake Chapala and only 20 minutes away from downtown Jocotepec, you will find a small town called San Cristóbal Zapotitlán. With 1532 meters above sea level and 2119 inhabitants, it is located in the Municipality of Jocotepec (in the State of Jalisco). The predominant climate is semi-dry and semi-warm, with an average annual temperature of 20 ° C, an average maximum of 26 ° C and a minimum average of 13 ° C. Its zip code is 45840 and telephone code is 387.

This town, like several other towns, was founded by indigenous Cocas, who were dedicated to fishing, hunting and farming. Like other villages living by the lake’s shore, they did not see the lake as a limitation to their community, on the contrary, they saw it as a mean of communication and a way of translating from one side of the lake to the other, as well as a mean of exchanging products amongst villages. 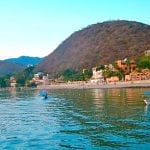 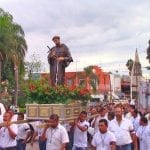 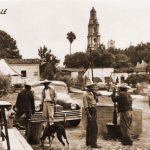 A Brief History Of Ajijic