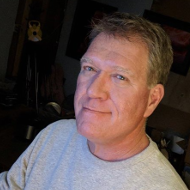 Probably this one: https://www.mi-rfc.com.mx/consulta-rfc-homoclave Note that this is not a Gov't site. It constructs an RFC from your CURP (which you don't enter), and explains how it'