Mexico Tax and Financial Reforms 2022, the good, the bad and the ugly… 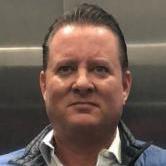