By Carnivore
March 23, 2021 in Ajijic/Chapala/Guadalajara

Sigh. ANY vaccine is going to be better than nothing. Should those of us who have no other place to get vaccinated, do nothing or do something?

How does Sinovac's 83% efficacy, from a 10.000 patient study out of Turkey work for people here in Mexico? Realize, the supposed "50.38%" Efficacy report from Brazil is not valid. ... The Brazili 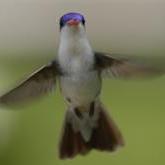 You can take the Sinovac now, and have some measure of protection. When something else you deem better comes along you can take it at that time.  Waiting, on the off chance that a country might n