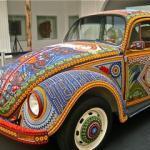 My experience with not getting hearing aids is that..... their spouse gets VERY irritated. VERY.

While I am not trying to defend the failure to wear them, one would have to 'walk in those shoes' before one could understand some of the reasons. In reality, mine and everyone I've discussed this wit

Hearing loss isn't all bad: I walk away when my husband asks me to do things for him. He can't prove I heard him.