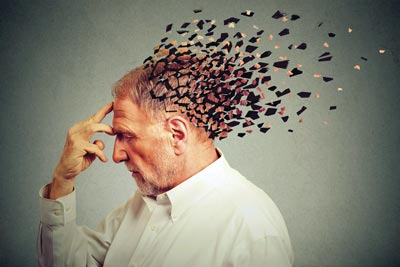 It’s starting. I’m eighty-seven, close to eighty-eight years old and I remember a guy I knew years ago but I can’t remember his first name. Know his brother’s and mother’s names but can’t remember his first name. If I go to his family’s restaurant where he is maître D I’ll need to greet him by his first name, but I’ll be damned if I can think of it now. I know It’ll come to me later if I just back off trying so hard right now. It usually does. That’s aging I guess. Beside this fading and some physical limitations, it’s not so bad. Except I’m called, “Sir,” by strangers, but thankfully without the sneer it came with from enlisted men when I was a junior officer in the Navy.

Today I’m disposing of mementos of some recreational event I’ve been carrying for years and never used. “Free tee-shirt”. Like hell! These items were deemed “Free’’ by some entrepreneur to entice my participation in some event I paid to be in. Back way before I started fading, I guess I would call it during my risk-taking days, I had a misadventure. I had a positive expectation of all of my adventures and took any setbacks as only temporary. I was living in Corpus Christi, Texas and thought a trip to Laredo, Mexico would be nice. I enjoyed visiting Mexico but on the return trip at night in the “Badlands of DuVal county” I had a blowout. With no spare tire. I thought such things only happened to other guys, never to me.

I pulled the thunking car just off the right side of the tarmac, jacked it up to teetering height and removed the dead tire. I stood by the uplifted car with my wife, reassuring her that all we needed was a ride to the next town. She looked at the nearby road sign, “Freer, Population 217”, and started to whimper. “All I have to do is get the tire repaired and a ride back” I reassured her with confidence. It was dark as the inside of your boot as we stood beside our wounded car in the cold midnight awaiting the good Samaritan who arrived within a half hour.

A Forty Ford two-door sedan swerved to a stop in front of my hobbled and hoisted Belair.

The driver was a James Dean imitator curled around the steering wheel looking out from under his drooping pompadour with a further drooping centered curl. In the right front seat was a not so innocent looking, pouting Natalie Wood. She had a pompadour too. A revolver lay, prepared for trouble, on the seat between them.

Jimmy Dean offered his assistance. “Give ya’ a lift to the next town, ’bout forty miles, where they fix flats. The gas station is open all night. Catch a ride back here with someone filling up to get through the badland’s lands. You’ll be lucky if your car is still here when you return. This place is full of bandits”. When he finished his offer, he reached under his dark leather jacket to grab a fresh pack of Lucky’s. He bit off the cellophane top of the wrapper and pitched it out his open window.  He shook out one of the nails, sucked it into the corner of his mouth, flipped out his Zippo to ignite the cigarette that stayed in the corner of his mouth, not disturbing its permanent sneer until he spat it out the drivers’ window.

A high school kid working the graveyard shift at the station fixed my flat. We drove back in the lineman’s truck and found the abandoned car still waiting where we left it. Back then I said I’d had a bit of bad luck. Now I know it was stupidity.

Now that I’ve had the medical procedures to put stents in blocked arteries to my carotid and heart I don’t take any risks, even in walking. I note however that fading has occurred both in memory and movement. I rely too much on presumptions. When I put a piece of bread into the toaster I plan, presume that after an allotted time I will have a properly done piece of toast. When the bread and toaster burst into flame I have an emergency. So, it is with so many presumptions like car tires holding their air, not going flat.

I have had a wonderful life succeeding in doing everything I wanted:  flying airplanes, running 10 K’s, skiing, sailing, managing companies. Now I see myself on a rehabilitation program of walking and doing, with a goal of reaching being my previous self. I think just in time. Just before I start wearing plaid shorts, white socks and black street shoes.