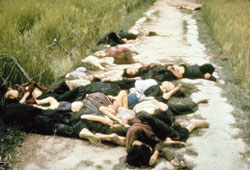 In 1966, two gas stations up on Whittier Boulevard had a gas war and I could fill the tank of my new VW Bug for under $5. My girlfriends and I cruised around town - Beach Boys on the radio, windows down, wind blowing through our long hair.

I loved that little Bug. When I drove it off the lot, I felt as if I was sitting inside my own life for the first time. On impulse, I stopped at the hobby store and bought some model paint in little square bottles. Back in my driveway, I was painting three baseball-sized orange & yellow daisies on the back of it. My boyfriend Gary came by, saw what I was doing, and said, “You can’t do that – it’s a brand new car!” But I finished the flowers – this was my car.

Gary had a new stepbrother – Billy. Gary’s pride and joy was a canary-yellow ‘57 Ford and Billy had a chocolate-brown GTO. Gary and Billy raced their cars on the weekends and worked on them during the week.

Billy’s dad & Gary’s mom were almost never home, but the fridge was always full of food. They had a great back yard with a pool, so their house was the place to hang out for a lot of us girls that year.

One night when my VW was a month old, I came out of my psychology class at the junior college and found my chrome rims gone. I drove to Gary and Billy’s house, hoping for sympathy. When Billy saw my car, he looked at me horrified, and blurted out, “I didn’t know it was your car!” He put my rims back on.

It’s hard to remember what Billy looked like and then his dark eyes and broad smile come to me clearly. When we take walks in my dreams, he says he’s ok. I still worry about him, but how can you worry about somebody who’s already dead?

I hope there are puppies wherever he is – isn’t that a weird thought? But we both loved dogs. Sometimes we went to the local pet store to see if they had any puppies so we could hold them and smell their sweet puppy breath.

When Billy and his girlfriend split up, he joined the Marines. I think the recruiters got him in a weak moment. When he came home from boot camp, we went to movies and had great discussions. With Billy, everything was deep; deep and real.

It was the 60s and people probably assumed I’d slept with Billy, but I didn’t. One night, after Gary had gone off to college, Billy kissed me. It was awkward and we were both embarrassed. But we often sat together and talked or watched TV, sometimes with his arm around me. I think he missed his real mom. When he was 8, she took sleeping pills, lit a cigarette and the bed caught fire. Billy watched the firefighters carry her out, still smoldering. I don’t think he ever got past that.

He couldn’t stand cigarettes and never smoked, not even pot when nearly everyone else did. Music and beer were his drugs of choice. He would turn the speakers way up on his stereo and dance - made us all laugh.

When he came home from Viet Nam in 1968, I could barely stand to hear about what had happened over there. But he needed to tell somebody, so I listened and we cried together. Once, he told me, he stood up in the jungle knowing he might get shot - hoped he would get shot, he said.

In Viet Nam, he started taking pills he called “reds” so he could sleep. He brought some back and sometimes took them day and night. He would act so clumsy and sleepy and I was embarrassed for him.

When Billy went back to Nam, I sent a box of chocolate chip cookies, a letter and a Snoopy comic book to him every week. But it didn’t help. He was even worse when he came home again – sad, mad and acting crazy. He couldn’t sleep at all without his “reds”. One night, he broke into an appliance store. In his attempt to get away when the police came, he jumped off the roof and broke both ankles.

On Sundays, I drove to the VA Hospital to see him while his ankles healed. But it was hard to talk because all around us were guys on gurneys or in wheelchairs, some missing arms or legs, some arguing or screaming, some just staring at the wall. I felt guilty about leaving but was relieved to get back in my car and my box of tissues.

When Billy got out of the VA, Gary and I were planning our wedding. We got married, rented a little house, and had a happy baby boy. Billy came for dinner a lot and sometimes slept on our couch. He worked on his GTO, but didn’t drive it much. He slurred his words and when I asked, he’d say, “I’m fine”.

The last time I saw him, he stumbled into our kitchen, fell and hit his head on the table then started laughing and bleeding all over the place. My toddler was in his high chair, all wide-eyed at the blood. After I got him cleaned up and bandaged, I told him, “Billy, I don’t want you coming over here when you’re all drugged-out like this.”

He took the reds that weekend – over 100 of them. He rented a motel room and put his headphones on. The motel staff found him two days later. No note.

The chaplain, all stiff himself in that uniform, called Billy “William” at the service. Nobody called him William, ever. He talked about Billy being brave and a bunch of stock things they say when they never knew the guy, never even met him, never knew that he stood up in the jungle hoping someone would shoot him.