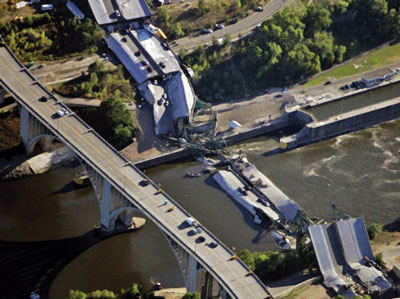 More than 60 years ago, in an economics class at the University of Houston, the professor mentioned that economists know how to manage the economy. The problem, he said, is always political. It’s still the same today, and the political crisis is on the Republican side of the aisle. As a political party, they are failing America.

The economy—how it works and who it serves—is the foundation of our “general welfare.” And in proclaiming how the economy should work, Republicans consistently violate Socrates’ teaching that wisdom is knowing the limits of what we know. Although ignorant of something, conservatives never hesitate to make bold proclamations. Economics is not exempt from the distortions of their ideology.

One component of the economy is a moral one. There is the view that somebody worked hard and deserved to be rich. Conversely, if somebody is poor and hungry, they deserve to be so because they are lazy and unmotivated. That’s the Ayn Rand cult of the Republican Party that includes former House Speaker Paul Ryan. “Deserve” is a word entirely subjective in meaning. Does Jeff Bezos “deserve” to make $4,474,885 per hour (according to Business Insider)? And then pay zero taxes? Really? Do Mexican migrant farm workers “deserve” low wages and no way to educate their children? Who works harder? Jeff Bezos or his employees at Amazon? There have been news stories about the terrible working conditions there.

Another view of the economy is scientific rather than ideological—what works and what doesn’t. I would argue that what is scientific is also moral. And that brings us to President Biden’s plan of $3.5 trillion in spending. Here, as elsewhere, the Republicans clash with science. In this case, the science of economics.

The economy is in some respects like a pie—there’s only so much there. If somebody gets a larger piece of the pie, that means smaller pieces for everybody else. Policy determines the distribution of the pie—policies such as a minimum wage and who pays taxes. A minimum wage of $7.25 guarantees substantial poverty in America. In the case of taxes, a single person making $45,000 per year pays 22% in income tax. Nike and FedEx, along with 53 other big and wealthy corporations, didn’t pay a penny in 2020. Wealthy individuals such as Jeff Bezos, Warren Buffet, Rupert Murdoch, and many others pay zero or next to nothing in taxes. No wonder Senator Bernie Sanders’s mantra is they should “pay their fair share.”

Where the pie analogy fails is in the circulation of money. We don’t exchange pieces of pie, but we exchange money, which is stored wealth. If money doesn’t circulate, there can be no economy. One of the problems with both rich corporations and rich individuals is they hide their money in the Cayman Islands. It doesn’t circulate. It just sits there to avoid taxes.

President Biden’s proposal, based on the multiplier effect, will increase productivity immensely. It will create jobs that pay something like in the 50s and 60s when America’s middle class was the envy of the world.

Biden’s spending plan is money that will stay in America. It’s still America’s money. It’s not going to China to pay back what we borrowed to finance the Iraq War. It’s like taking money from your bank savings to buy a better investment in something else. It’s still your money; you have only moved it from one place to another.

When a person goes into business and opens a grocery store, there has to be some investment. The entrepreneur will have to buy a cash register and refrigeration. These are investments that make the economic activity of the grocery possible. It’s not money gone to waste. The same is true for our national economy. Without investment in infrastructure, Walmart and Amazon’s trucks would not be able to distribute their goods. Many people would not be able to get to their workplace. Without airports, business leaders could not travel to close important deals.

Infrastructure is an investment. Prosperity and a strong economy depend on infrastructure. Building and repairing the infrastructure creates a demand for labor, which raises pay. The increased revenue from higher wages and salaries pays for the cost of the investment. National investment in infrastructure is similar to a grocery’s profits paying for the cash register and refrigeration costs. According to the American Road & Transportation Builders Association, 220,000 bridges need major repair work or replacement.

The best investment of all for public funds is in education. WW II crippled Japan and Germany’s economies. The bombing destroyed much of their infrastructure. Their astonishing economic recovery was possible because both countries had well-trained workforces and a high percentage of well-educated people. Germany and Japan are not the only confirmation of training and education as public investments that pay dividends.

At the end of WW II, American veterans had access to public money for their education, low-cost mortgages, and low-interest loans to start a business. The G.I. Bill was a huge success. By the end of its duration, 7.8 million veterans had used the G.I. Bill’s education benefits. These benefits got 2.2 million veterans through college and 5.6 million in a blue-collar training program. The result of this “socialism” was that veterans pumped money into the economy from their benefits. Their low-cost mortgages put carpenters and bricklayers to work. Those who used the education and training benefits ended up with better-paying jobs and thus paid higher taxes. These higher taxes paid for the cost of their education and then some. America earned substantial dividends from its investment in education and training for veterans.

Republicans decry as “socialism” such things as the Hoover Dam and the Tennessee Valley Authority. They have paid for themselves while supplying electricity to millions who didn’t have it. They still provide power to millions of Americans 85 years later.

Recently, a fundraising letter came to my box from the Senate Republicans (NRSC). It said, “Right now, the base of the Democrat [sic] Party supports socialism. As a result, President Biden is perfectly fine spending trillions of dollars in what the White House and Senate Democrats deem “human infrastructure.”

The Republicans should disabuse themselves of their false beliefs and learn, for example, who built America’s railroads. Yes, it was public (socialist) financing. They should study how well the G.I. Bill worked. They should support President Biden’s Build Back Better program.

China has arisen as one of the world’s most powerful economies. They have over 23,500 miles of high-speed rail, up to 300 mph. Japan and Europe similarly have extensive high-speed rail. The U.S. has none. The Acela train reaches 150 mph on some limited stretches, but the average is only 66 mph.

The entire Congress, including both Republicans and Democrats, should support President Biden’s American Jobs Plan. It will be good for business, and it will raise living standards for all Americans. It’s a patriotic duty to support it because it’s a big step in realizing the Constitution’s concern for the “general welfare.”