The Life of Santiago 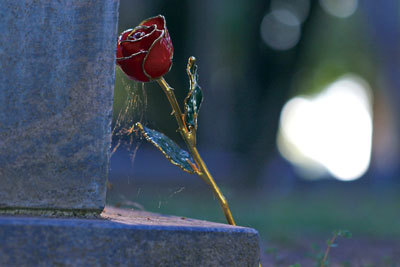 It was a Tuesday late afternoon. I was watching the Conferencia de Prensa Sobre COVID 19 with Dr. Lopez Gatell and Dr. Alomia. Suddenly I heard a long scream from outside, followed by a deep silence and then the sound of many voices. I went to look out my bedroom window that overlooks the street. There was a small body lying next to the gates at the end of my driveway.

I thought ‘it’s one of the construction workers, one of small stature.’ It was hard to gauge the size of him, and how badly injured he was, from the distance I was at and the fact it was approaching dusk. The body was lying on earth and gravel at the intersection of two streets. The street coming down the slope of the mountain had been recently repaved in cement, with stones embedded in it, and planters for trees alongside. Children came in the afternoon with plastic carts, and rolled down and came up and rolled down again.

A huge house was being built on the second lot above my place on the mountain side and another house was being built right behind my house, a meter away. Trucks were constantly bringing building materials and other trucks were taking away piles of rocks and earth. Young men, from the rehabilitation center, were brought in every morning in pickup trucks to do the rough work.

Gabriel, the young man who lived rough in the disused lot next to my house, was walking by. He took off his jacket and lay it over the small body. The small body never moved, never made another sound. Two ambulances came within minutes, one big, one small, brand new, followed by five police cars. There was a big truck, engine still running, next to my driveway stone wall. It was one of the many trucks used to deliver construction materials to the two sites.

The policemen were all in spotless, well-fitting uniforms, all the vehicles were of the latest vintage, like something out of an American movie. They sealed off the streets, put up bright lights. A young girl, about 14, was screaming, her back pressed to the brick wall of the house across the street. I, a foreigner, stood back from the French doors to my balcony that overlooks the street, not wanting to intrude in this time of deep grief, not wanting to be seen watching.

She was trying to run to the body. A young man stood in front of her, arms wide open, keeping her from going. She kept on screaming. She never stopped. More people came. The street was full. More women were crying and keening. A man, probably the father, stood alone, surrounded by people, tears running down his face, making no sound. He walked to the police tape that sealed off access. He wanted to go to the body but the police refused to let him in. He stood, weeping, looking at the body on the ground.

The body was that of an 11 year- old boy. He had been coming down the street on his bicycle, coming down the mountain, and the truck coming along the cross street had run over him. There is a two-meter high brick wall that goes right to the corner and continues up the other side. There is no way the truck driver could have seen the boy riding down. I heard later that the driver had run away.

More people had arrived and they all stood there, some weeping, some loudly moaning, some talking low. Three hours the police were there. The ambulance had taken the boy’s body away.

The engine of the construction truck was still running. It started raining. The truck was taken away, the police cars left, the people dispersed.

How unexpectedly a small life had been taken, leaving a wealth of grief.

The following day I drove my car out of the driveway to go buy milk, bread, fruit and vegetables. There was a small construction of loose bricks in two separate piles, with roof tiles bridging them and lit candles in glasses inside. On top of the roof tiles was a crucifix leaning against my wall and next to it a statuette of the Virgin Mary and a fresh rose in a vase. On my property in a way, on the cobblestone sidewalk I had had built. I thought of my need for order and privacy and I thought of an 11-year-old boy and I thought of a grieving family.

Later in the evening I heard a clear woman’s voice praying, every sentence starting with ‘Santa Maria, Madre de Dios’, a litany. The voice, the makeshift altar near the place of death, that way of grieving, everything felt deeply right about it. She came to pray at the same time the next day, just as the sun was going down, the same time the boy had died. I saw her standing looking at the small altar, as if she were seeing him there. Every day she came and prayed and I felt comforted by her voice and her presence.

A few days later a man and a boy with a bucket arrived and built a small cement base and put up a metal frame against my wall on which was written the boy’s name, Santiago, with his surnames, and the date of his birth and the date of his death. The same information was scratched into the fresh cement. A permanent shrine.

A couple of days after that I respectfully (in my heart) took away the nearly empty bottle of orange pop that had been left in my planter that holds the bugambilia plant that grows over the arches over my gate. I also took away the broken glass, half filled with sand that was there, and neatly piled the bricks that were left loose. And I left a small pile of colorful tiles I had leftover, on the edge of my planter, in case they would like to use them to cover the bare cement.

I was nearly finished when a young girl about twelve came up the street and asked me if she could light the candles.

She seemed very mature for her age. I looked for words to express my sympathy but none came that would not be trite or artificial.

The children who used to come up and roll down the hill in their carts every late afternoon no longer came. The mothers had put a stop to that. Construction resumed on the two houses. Trucks came and went throughout the day. When the workday was done, Santiago’s friends came to the shrine and talked and played and kept him company.

Sometimes men came and sat on the boulder nearby, that was embedded in the sidewalk, and talked and left empty beer cans. Some days I left small potted plants on the boulder, free to anybody who wanted them. The last two I had left were now on Santiago’s altar.

On the Day of the Dead the family held a big party at Santiago’s shrine. There was eating and drinking and loud music and singing that went on for many hours.

On his birthday in February there was another celebration with a great many people. Bunches of balloons were taped to the wall and attached to the ‘bugambilia’. A big teddy bear sat on the bricks. The shrine was full of small, bright-colored metal cars and two plastic guns leaned on the statue of the Virgin Mary. A bouquet of flowers lay below his name.

“His body is buried in the cemetery,” I said to Raquel who keeps my house in order. “Do the family and friends not want to celebrate there?”

“It’s the custom in Mexico to remember the person who died at the place of death,” she said.

I thought about this later, trying with my Lithuanian mind, raised in French Canada, to understand a Mexican custom. I understood—and I might be wrong—that this is where Santiago’s earthly life left him, that this is where his soul rose free, so this is the place to come to. The body in the cemetery is but a decaying shell.

An old man started walking over in early morning to water the two plants and to stand for a few moments looking at the shrine. He walked slowly, with pains of old age. He was one of the old world Mexican men, tall, slim, neatly dressed, obviously well cared for by his family, courteous and friendly. I met him twice a week when I went out to water the two ‘bugambilias’ on either side of my gates. The few words we exchanged left me feeling good. He reminded me of the world of civility and kindness that I grew up in.

He has stopped coming. I wonder if he is ill, if he is still alive. I am old myself, with my own assortment of emerging physical and mental malfunctions. When I water my plants I also water the two plants on the shrine. And I think of Santiago whom I never met and think of my three sons and my four grandchildren, all of them healthy, with good lives, and wonder what runs it all. It doesn’t seem possible that it’s all random.

It’s been two years now since the accident. The shrine has grown dingy, the toys dirty and in a mess, a lump of something rotten and smelly is inside. Four bricks are missing so there’s not enough height to hold up the roof tiles. Decay. The end of something that has had its time. And then, looking up my wall above the altar, on top of the roll of razor wire that runs along it, I see a dingy cloth doll with the head and hands and feet torn off. Thoughts of witchcraft. This is a very old country. Some people still distrust the foreigner. To some, a woman living alone is suspect. For a while I have sense of danger, in the one lived-in house on the whole block, surrounded by houses under construction and empty lots at the foot of the mountain.

In the morning I go out to the shrine and clean it out, put all items in order and take down the doll. It feels good to make order. There is nothing sinister about any of it. The doll might be a prank to scare me, something young boys would do, nudging each other.

Santiago lives on in the hearts and minds of people who love him.