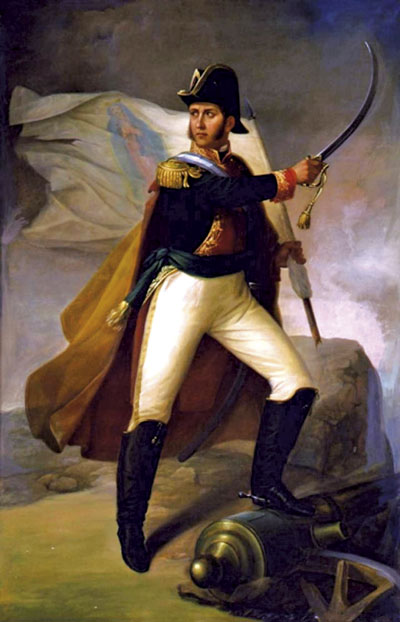 Captain Ignacio Allende is the forgotten hero of the Mexican War for Independence.

Born to a wealthy Criollo (American-born Spanish) family, he quickly distinguished himself as a courageous military officer in the army of New Spain. Even so, he hoped the colony would one day become its own independent nation, finally free from Spanish domination, exploitation, and oppression. He joined the Querétaro Conspiracy, and was soon chosen, along with fellow officer Juan Aldama, to lead the military revolt.

But that’s not what happened. When the conspiracy was betrayed, fellow conspirator Father Miguel Hidalgo hastily ignited the uprising months prematurely. With his famous Grito de Dolores, he inflamed his parishioners who began more of a wild rampage than an idealistic revolution.

Allende, now second in command to Hidalgo, recruited and led the soldiers in the ranks. He cautioned that what the revolution needed was a disciplined, well-armed army, not an unruly mob of peasants with pitchforks. He argued as well that Hidalgo should focus on the narrow goal of independence, instead of frightening off allies with his proclamations of radical social reform.

Lacking Allende’s military experience and awed by the sheer numbers who thronged to the cause, Hidalgo believed they were invincible. And he either was incapable of or chose not to restrain the massive rabble when it vented its long-simmering rage with looting and massacre.

Allende was furious, especially since such atrocities only convinced most Criollos to oppose the revolution. He became nearly apoplectic when, just outside Mexico City, with victory theirs for the grasping, Hidalgo suddenly lost his nerve and ordered a retreat.

A relatively small Spanish force eventually caught up and, thanks to superior weapons and training, and especially to a lucky shot that blew up the insurgents’ munitions causing mayhem behind the rebel lines, it won the battle.

Allende finally replaced Hidalgo as commander in chief of the revolution. He led the survivors north, hopeful that the United States might offer aid. But it was too late. Allende, Hidalgo and several other commanders were betrayed again, captured, tried, and executed.

The city of San Miguel was renamed in Allende’s honor. 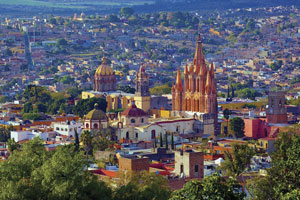