And I Never Saw Him Again

One day - it must have been a Friday - the Old Man comes home from work driving a jeep. A jeep! How cool is that! We didn’t have a car. He took me for a ride! He says it belongs to a friend at work and that he has it so he can take some things that he needs - you know, tools and stuff, in to work because, next weekend he is going to Atlantic City to help this friend with the finishing touches on an airplane that the friend has been building there on weekends for a few years.

The Old Man was an airframe mechanic. He told us he could make an extra few bucks. Actually, I can tell you the exact date of this event: it had to have been Friday, June 29, 1951. I know this because I have figured out that it was on the Saturday following the 4th of July that year, a week later, that I went off for two weeks at Camp Sankanac and he went to Atlantic City.

Actually, he left on Friday evening after coming home from work. He was going by train -the friend and the tools and the jeep were already in Atlantic City - so there was some anxiety about leaving on time. My mother helped him pack his bag and she later told me that he had gotten himself into quite a state looking for his birth certificate. They found it finally and my mother and my eleven-month-old brother Gregg and I stood on the porch of a cute little semi-detached rental house on Duffield Street in Philadelphia that we had moved up to a year or so before and waved goodbye. He limped down the steps and as he turned to walk away he

looked up me and he said “Goodbye, Kenneth. Don’t do anything I wouldn’t do.”

He actually said that. And then he walked away and I never saw him again.

On the next morning John Saul and his wife collected the three kids from the church who were going to Camp Sankanac that year in his station wagon and off we went. After we’d moved to Duffield Street we’d somehow become connected to the church nearby. The Olivet Covenant Presbyterian Church. There was a new young pastor there and the Old Man and the pastor and John Saul and a few of the other young male members of the congregation bonded in some way and so we went to church there on most Sundays. Even up until the Sunday before the

Being away was always hard for me. I would get very homesick but never let anyone know. Homesickness is worse at night, of course. Being away is still hard for me. You never know what might have happened while you were gone.

The year before a kid had chosen for his hobby project to build a model of this very cool airplane called the “Black Widow,” the Northrop P-61; it was awesome and he did a wonderful job. I had watched him carefully and, having helped the Old Man with a few models of our own I knew enough to appreciate good work when I saw it. This year I decided that I could do it too.

This year I have two weeks. Last year I was younger. A child, really. What happened last year with my project was not really my fault anyway. So I spent a good piece of my camp store allowance on the Black Widow Bomber Kit, some glue and some paint (black).

Model kits from this era were a very different thing from the die-cast plastic pre-embossed ones that have come on the market in the last, oh, 65 years. These earlier kits consisted of several pieces of wood in various shapes approximating the silhouette of the archetype fuselage to be modeled. There may or may not be lines inked on the wood to indicate the shape of the parts to be cut out and there would be a few small sheets of sandpaper and a drawing.

Ah, the drawing. The drawing tells you everything. It is the job of the builder to shape these rough indications on the wood to conform to the exquisitely detailed sensuous shapes in the drawings.

The drawing. The Old Man took a night course in drafting while we lived on Spring Garden Street. He had a very fascinating book of mechanical drawings of many shapes from many angles. He also had a set of drawing instruments in a green velvet lined leather box. And a slide rule! And some ink and paper. He showed me a few of his drawings and explained - as he loved to do about anything that he knew even the slightest bit about - what the drawings depicted. I understood immediately and I loved it.

So I had seen the Old Man building model airplanes. I had helped. I had seen him pin the balsa strips to the drawing and then magically cut them out with his Exacto knife. And then you just glue them together according to the drawing. Easy. Oh, Well. Yes. There is the sanding. That was my job. But I never got it quite right. “More,” he would say. “Smoother, smoother.” “Rounder, rounder.” “Run your finger over here. There’s a little ridge there. Feel it?”

In the end he took over for the final finish and I must say we built the most beautiful airplane model that I have ever seen to this day. It was a Lockheed P-80 Shooting Star. The first operational American combat jet fighter. It flew in the Korean War which was then still in progress. He applied coat after coat of first silver dope and then clear and then a very fine light sanding and another coat and sanding again and again until it shone with a deep glow. And then he put the decals on and applied yet another coat or two of clear dope and set it at an inspiring angle on the stand that he had built to the same exacting standards.

It was magnificent. I had it in my possession for many years. Much later in my life I tried my hand at the same kit which I had miraculously found in a yard sale but I just didn’t have the patience for all that sanding!

Meanwhile, back in the arts and crafts room at Camp Sankanac things were not going well. When I opened the Black Widow box, lots of little wooden parts like wheels and bombs and the pilot fell out and scattered all over the floor. But I gathered it all (I hoped) up and set to work. It’s a blur but I do recall that by the end the drawing was torn and sort of stuck to itself in places where it shouldn’t be. There was a lot of glue everywhere and by the last day it was still not smooth enough for paint but I had written about it in daily letters home so I felt I should paint it anyway and then we could refine the job when I brought it home. I have a vague memory of lots of black paint around my work station.

I’d been writing cheery letters home to “Dear Mom and Dad” for two weeks about what fun it was here at Camp Sankanac and how good the food was. And I had gotten some chatty letters back about the weather and Gregg and how he had learned some new skill; all signed “Love, Mom and Dad.”

Finally it was time to go home and on the Saturday John Saul arrived to pick me up. There was just me; the others had gone back the week before as I had dearly wished to do too but I kept my counsel and stoically watched as they drove away. But ah, today, I too was headed home! I think John carried my trunk into the house and after a hurried and tense “Thank you” from my mother, left.

“Where’s Dad?” I asked, eager to consult with him about the Black Widow.

In later years, many years later, after we began to talk a little about it, my mother recalled that I had not taken it at all well when she told me that he was gone and that he was never coming back. He had not gone to Atlantic City at all but had gone west, in the jeep, with the plant nurse at the Piasecki Helicopter Corporation in Media Pennsylvania where they had both worked. She said that I accused her of driving him away, I screamed that it was her fault that he was gone and that it couldn’t be true that he was not coming back. It just wasn’t true! I have no

memory of this outburst. None whatsoever.

But it was true. He never did come back and I never saw him again. 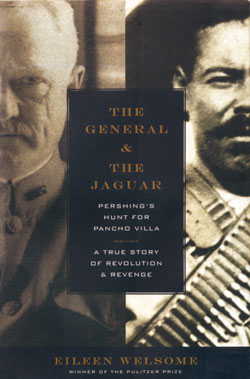 Of Faith And Fables - April 2011
OF FAITH AND FABLES By Bob Haynes Trust In Whom? Trust In What? In a previous column I spoke of “letting the battle begin” and boy, did it ever. 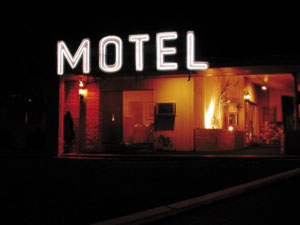 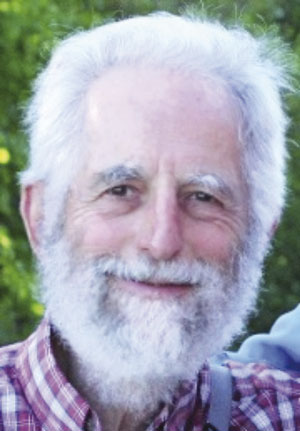