I was soaking in my hot tub after a long tennis match when the phone rang.

"Robert Keith, this is your cousin Elizabeth. I’m calling from your folks’ house in Shawnee." She lowered her voice. "Do you have any idea how they’re doing?"

"They seem to be getting along ok. I talk to them every week."

"When you call, who answers the phone?"

"Mother always answers. She doesn't let Dad say much. When we talk she says things are going just fine."

"Your mother’s blowing smoke, Robert. She can no longer take care of herself. Her memory is virtually gone. Your dad can’t even walk up the back steps with the groceries—he crawls up, lifting the groceries one step at a time. He really needs to go to the VA hospital now but can’t leave your mother alone."

“You should get her into a nursing home before she burns down the house. She burns food on the stove and her dropped cigarettes leave holes in the carpet." She raised her voice, “Robert, you’d better get out here as soon as you can and take care of them."

“I'll be there day after tomorrow. I hope they can last that long. If she's as bad as you say, we‘ll have to put her in a nursing home."

"Good luck with that. Aunt Marie told her last year that's what she oughta do. She had a conniption and said she’d never live in one of those places.”

As I was making arrangements to fly to Oklahoma City I decided to call an M.D friend. When I told her that I was going to put my mother in a nursing home, she asked, "Do you think she’ll go willingly?”

“Then you‘ve got a problem, Bob. Unless you have a court order making you her guardian, you can’t put her in a nursing home without her consent.”

On arriving in Shawnee, I went to my parents’ home. Although they greeted me, they were glued to an important football game. I’ve never been in that house when the TV was off. Only during commercials could I talk to my dad alone. "How are your knees doing?"

Mother interrupted, “Like I said, he’s doing just fine, gets around real good.”

During the next commercial, when she was out of the room. Dad talked. “My knees hurt bad and I can barely get around. I need to go to the VA hospital soon to have them treated.”

"Mother can't live with any of her relatives, Dad. Do you think she might consider going to a nursing home?"

He chuckled. “Aunt Marie tried to talk her into it but she was adamant. Maybe you can convince her. One of my cousins has been in the one on the east side of town for about a year, says it's a great place to be."

The next day we took her to the facility. One of the staff members and Dad's cousin showed her around. I was surprised at its quality. The staff were helpful and treated her with respect. On the way home, however, she made it clear she would never move into that place, and I knew I couldn't force her.

I agonized over the decision but resigned myself that I was her only relative capable of caring for her. I had long ago exhausted the benefits of being an only child. Now, just getting my life back together after a divorce, children away at college, this had become my payback. After a long conversation with my daughter, who knew Mother well, I realized I had no option but to care for Mother myself.

"Mother, why don't you come to Florida with me and catch some of those really big largemouth bass?” She had told me more than once she’d rather fish than eat and she had proved it many times.

"I would love to do that, Robert. I haven't been out of this town in forever."

Knowing that Dad couldn’t be alone in the house after his stay in the hospital, I suggested that we sell it, but Mother refused to sign the papers. I agreed with Dad that as soon as we were in Florida, he would go to the VA hospital for as long as he needed, and then we’d rent the house.

Over the weekend we got her settled in Florida. There was a good senior center nearby that offered many different programs for elders, including daily bridge, another of Mother’s passions. I could drop her off there during the days and she could be engaged in activities she loved. I would pick her up on my way home from work.

Monday came and I left her at the senior center after filling out all the necessary papers. I went on to work, feeling good, relieved that things were going to work out, but at about 10 that morning the senior center called asking me to remove her. She had been disruptive and was incapable of playing bridge or doing any of the other planned activities. In short, she was too far gone for their program and I had to find some other solution. With none in sight, I didn’t know how to maintain my job and also care for her. My M.D. friend came once more to my rescue and suggested that I should get her a full-time companion. She gave me the name of an organization that provided the service, and I called them. The caseworker came on quickly, "One of our best people has just come off an assignment. She will be available tomorrow for an interview. If you like her, take her quickly because she will be snapped up in no time."

Promptly at nine the next morning I opened the door to find a congenial black woman. After introductions, I invited Doreen in and described “the problem” in detail. “I understand completely, she said, “but I would like to meet with your mother by myself, if I may.”

Mother had grown up in the segregated South and liberally used the "N" word. Although I had no reason to doubt Noreen’s competence, I didn’t want Mother to offend her. Mother had used black maids over the years, but never as personal companions. Doreen immediately took charge and held Mother's chair as I served them both coffee and excused myself. “I will be in my office. Please come and get me when you’ve had time to talk.”

An hour and a half later Doreen showed up at my door. "I like your mother and would enjoy working here if you think I would fit in."

"With your references and willingness to work with my mother, I would like for you to begin tomorrow, if possible. Can you come at eight?"

Doreen arrived the next morning at the appointed hour and seemed to know exactly what personal companions do. I felt comfortable with the arrangement and left for work. Upon returning that evening I found two happy women sitting in the kitchen talking like old friends.

“Dr. Branson, is it all right if I take your mother on errands?”

“Yes. I think that would be very nice. I would be happy to buy your gas and cover any other expenses.”

Over the next week they went shopping, to the supermarket, and even fishing. One day when I came home from work, Mother asked me, “Robert, Doreen took me to her house today to meet her family, and to my astonishment I saw that she has two black children! Robert, did you know Doreen has black children?"

"We got along just fine. Then we went fishing again. I have some nice bass to cook for you."

I kept her away from the stove while I prepared the bass and some vegetables. I don’t know how she did it but she actually cleaned the fish. After dinner she usually watched TV until she went to bed.

I hadn't seen my girlfriend in a week and I hoped she’d spend the night with me tonight. Jane arrived after mother turned out her light. To get to my bedroom we had to walk by Mother's door. Just as we were tip-toeing past, Mother jerked the door open. “Hale [Dad’s name], what's the meaning of this? How long has this been going on?” Jane scurried to the bedroom.

"Mother, I'm your son, Robert, not Daddy. Jane is my girlfriend.”

“Hale, I just can't believe you'd bring someone in here right under my nose. You haven't heard the end of this, Mister.” 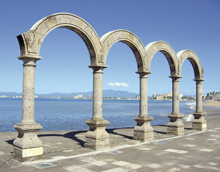