When I find myself in times of trouble, Mother Mary comes to me

Speaking words of wisdom, let it be.     Paul McCartney

Around the time that the Beatles were breaking up in 1970, Paul wrote his lyrics to “Let It Be,” praising “Mother Mary” for her consoling wisdom. Distressed about the looming final stages of his band, he received the song’s inspiration fourteen years after his mother’s death. Named Mary, she spoke to him through the veil of his dream, suggesting that her son “let it be,” that the four Beatles’ grief would resolve itself in time.

During the success of “Let It Be,” an eight-year-old girl, Maria Calderon Gaytan of Oriangato, Guanajuato, was inadvertently preparing for her personal path to become another Mother Mary. Ten years after this song became popular,  Maria’s own mother would also die prematurely. As a consequence, she would sacrifice her young life to help her father raise her three younger siblings. This “great responsibility” blanketed her with fear, but her fate was defined. Maria played the mother role authentically, caring for them deeply in the process. She made a little money by being a seamstress, plotting a way to buy a sewing machine to develop a home business that would never materialize.

Outside the home, Maria had a small social life, attending parties and dances with her boyfriend. However, seven years into surrogate motherhood, a yearning struck the twenty-five-year-old woman. Was there something deeper in life that was eluding her? Her Catholic faith beckoned her to walk through the church door one day and pose her question in prayer. Maria did, and “Dios dijo.” God spoke to her through an immediate unveiling.  Paul McCartney had had his own prophetic dream, and now so had Maria. She would find her calling.

The next day on January 25, 1987, she witnessed a local village girl take her vows as a Sister.  This young woman had returned to Oriangato, Maria’s town, to make her vows.  Communicating directly with her, Maria learned that she could talk to the Congregation’s Mother Superior. The next day she made the phone call to Madre Magda to ascertain if life as a religious sister was to be. On January 28th, she left her village for Sonora where she would now be undergoing the eight-year process of becoming a Sister. In only four days, she had transformed her life by saying goodbye to her family, village, and boyfriend, and saying hello to a lifetime of Christian service.

Maria was a postulant for one year in Sonora, Mexico. Then Madre Magda arranged for her to begin her novitiate at the Mother House of the Congregation in Gallup, New Mexico. These two years as a novice were spent learning about the charisms, rules and religious life as a member of the Congregation. The founding charism of the Congregation of Our Lady of Guadalupe and St. Joseph is to assist Latino immigrants in the United States. From 1975, for the next five years, she lived under temporary vows practicing silence much of the time “to reflect on her vows leading to forever,” and her final vows. Sister Maria then taught in the Congregation’s school in Gallup. Here, she assisted the immigrants by “evangelizing, helping, and communicating with them.”

After making her final vows, Sister Maria was assigned to care for the Bishop Emeritus José Trinidad Sepúlveda in Guadalajara. After eight pleasant years of caring for him, she was missioned to Casa Hogar in Guadalajara. This home had opened when a twelve-day-old baby girl had been found in the trash and was delivered to one of the Sisters by the District Attorney. Casa Hogar then became a burgeoning orphanage where ambivalent single mothers would tentatively leave their babies and children with the Sisters. In 1996, under the direction of Madre María de Jesus Mendez Serrano, this fledgling refuge became the original Villa Infantil (VI). The birth mothers now needed to make a final decision: to retain or forfeit their child’s legal custody. Most were drug addicts, who were suffering from or inflicting verbal, physical or sexual abuse. Fifty percent of them granted legal custody of their child to the orphanage.

Villa Infantil was later gifted a large property, its present day location, around the bend of the lake beyond Jocotopec. Madre María de Jesus Mendez Serrano with Sister Maria were pivotal in relocating the children and the Sisters to their new home. Appreciative today for this tranquil spot and conducive climate, she is most grateful “to see the children grow well and form into good people.” As the years have passed, she now wears the mantle of Director of Villa Infantil. Sisters Maria and Blanca are co-surrogate mothers to thirty precious children. After twenty years of service, some of Madre Maria’s earlier children have kept in touch. Visiting her during the annual Posadas, they are a testament to her steadfast and loving care. They provide motivation to her to continue the ever-challenging life of rearing the current orphans.

What concerns her the most? She holds her breath a bit when the children become adolescents. This is when they are more prone to outside influences at school, namely drugs and unwanted pregnancies. However, Madre Maria feels in tune with their psychological needs. Before they enter middle school, she sits with the pre-teens, two at a time, to talk about drugs and sex. The results have been encouraging.

Despite her strong faith, worries are a constant. VI is dependent upon donations from private individuals and organizations. Beyond daily necessities, a perpetual need is to find the money for all of the children to finish school, even through university.

The state government requires that lights must flood the property at dark; even with solar assistance, this commands a four thousand peso electric bill per month. Per government requirements, they must also provide a Multi-Use building, which must include a computer lab, a library, a homework space, a counseling room, and an infirmary. This alone could cost three million pesos. Due to these financial requirements, the current two Sisters and their Board of Directors continue to hope and pray for generous benefactors to come forward.

“Madre Maria comes to me, speaking words of wisdom,” whether to child, employee, volunteer, or visitor.  She is a Mother to all, encouraging her current children and her local lakeside network of supporters to let God’s will be done.  “Let it be.”

Contact:: This email address is being protected from spambots. You need JavaScript enabled to view it. 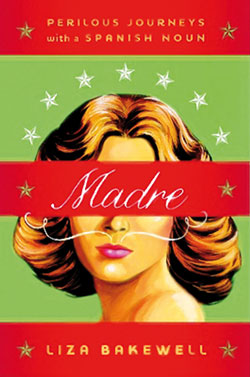 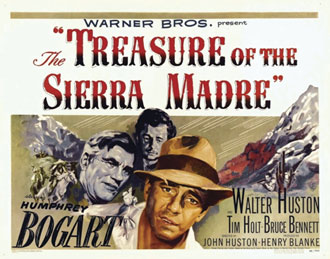