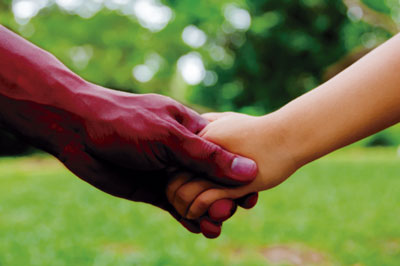 This is the story my nine-year-old brother told me, and one he sticks to adamantly more than half a century later. He had wandered away from the group of kids playing down by the creek, heading back, he thought, to the cabins provided for the cherry pickers by Hazel Dell Orchards, Inc. of  The Dalles, Oregon. Our family—my father, mother, my younger brother, and I—had been coming to Oregon to pick cherries in June for three years. The first year we had made and saved enough in a month to make a down payment on and move into the first house my parents had ever called their own. We left for Oregon, five hundred miles north of our home, the minute my last class on the last day of the school year ended. My father’s car sat idling on the curb in front of the school. I felt no joy as we set off on the twelve-hour journey throughout the afternoon and night, knowing when we arrived the next morning, a month of long days of labor awaited. There were no child labor laws enforced in the fields in those days, and children as young as eight were expected to contribute their labor for the family’s betterment. Before the Bracero programs, when Mexican laborers replaced the American families in the fields, the summer harvests provided a substantial part of the income for many families whose fathers had no regular year-round employment. Many of those child laborers, including my brother and me, went on to become college graduates, spurred on, I’m sure, by memories of the long hours of toil which filled our summers. The June cherry picking morphed into July and August peach picking and prunes in September. My brother and I looked forward to the opening day of school far more eagerly than most of our classmates.

On this particular day, my brother lost his way heading back to the pickers’ cabins and was wandering around in the vast acreage of towering trees. He soon became totally disoriented, and as darkness began to descend and shadows deepened, he began to panic. He ran in the direction he thought would take him to the pickers’ cabins. Exhausted after a few moments of desperate running, he fell to the ground, sobbing, sure he would never find his way back. He felt a hand on his shoulder. He looked up into the face of a Black man, whose smile my brother has described as the kindest and most reassuring he has ever seen, before or since. The Black man’s voice soothed all my brother’s fears. “Don’t worry, little man. I’ll take you back to your family. Your mother, Isabel, is worried about you.”

“You know my mother?” the little boy asked, surprised, because he had never seen the Black man before.

The Black man’s voice came through the darkness. “Oh, yes. And I know she loves you and often prays for you. I know your father, too. He also loves you, though he often seems cruel and whips you and your brother if you aren’t working hard enough. He does this because that is how he was treated as a child, and he believes this is the best way for you and your brother to grow into strong men. I know your big brother, too, and though sometimes he tells you to quit bothering him and his friends, he loves you and is very proud of you.”

They had walked to the top of a hill. “There’s your cabin,” the Black man said as he released the boy’s hand. The boy looked down into the clearing below and saw the lights in the workers’ cabins. He was overcome with happiness and relief. His gratitude for the man brought tears to his eyes. In a voice choked with emotion, he said, “Thank you so much, sir. Thank you so much.” He looked up to the man. There was no one there. He had disappeared as suddenly as he had appeared earlier.

My brother raced down toward the lights, ready for the spanking he was sure awaited him, but happy anyway.

“I ought to beat you good, “his father said. “You had your mother worried sick.”

“I wasn’t worried, Cliff,” his mother said. “The Lord spoke to my heart and told me not to worry. His angel was watching over him.” 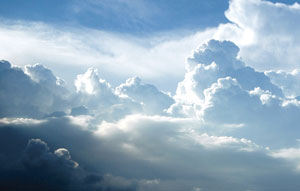