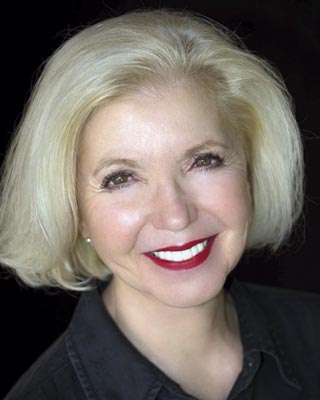 Well-known Lakeside resident Candace Luciano passed away on January 1st, in the loving company of her husband, Peter, and several close friends, following a courageous battle with cancer. A vibrant and generous member of this community since 2011, Candace was kind to all and friends with many; she will be sorely missed.

Born on September 5, 1948, in Greenville, South Carolina, Candace was raised and educated there, later attending Lander College/University of South Carolina, where she completed her bachelor’s degree. After teaching elementary school, she returned to the University of South Carolina where she earned a master’s in Education in 1986.  Later, Candace changed careers, after attending Florida State University, where she earned a master’s in Social Work.  Starting in Northern Florida as a social worker, she subsequently moved into management and executive positions in Columbia Health System in South Carolina and North Broward Hospital District in Fort Lauderdale, Florida.

In 1990, Candace married Peter Luciano and they moved to Apple Hill Farm in Newton, New Hampshire, where she entered what she called her “Martha Stewart phase of life,” managing a 1720 colonial home and farm including gardening, canning, cooking, and raising animals.  She was admitted to the Grange Society; served on the boards of director for the historical society and Newton Library, and was a candidate for state representative, gaining notoriety by losing that election by one vote.

In 1996, Candace decided to pursue a career in the law and was admitted to the Massachusetts School of Law from which she graduated magna cum laude as number one in her class. She was sworn in to the Massachusetts bar in the historic Faneuil Hall in Boston. After spending a short in private practice, she was selected to be law clerk for the justices of the Superior Court of New Hampshire. Following that, she was invited to join the faculty of the University of Massachusetts Medical School where she taught ethics and managed a program to place health care professionals and physicians in underserved areas of the commonwealth.

Later, Candace was recruited to be the executive director of the Upstate Area Health Center in Greenville, South Carolina, enabling her to be near her parents who were in failing health.

In 2011, Candace and Peter retired to Ajijic, Mexico. Here she discovered a new passion—acting. Never having acted before, Candace took acting lessons at Lakeside Little Theatre, and over the ensuing years found herself cast in numerous plays. Acting afforded her the opportunity to use her significant communication skills and ability to memorize large amounts of material. Of all the plays, one of her favorite leading roles was a love story, The Last Romance. The pinnacle of Candace’s acting accomplishments, however, was her performance in the play “MMXX” about the last day of Marilyn Monroe’s life. This one-woman, two-act, 54-page play was a tour de force in which Candace convincingly became Marilyn, showing the months of voice and mannerism study she did in preparation for the role.

Candace was to have performed the lead in last season’s play, The Actress, when COVID-19 hit and LLT closed one week prior to opening night.

Candace is survived by her husband, Peter Luciano, her daughter Laura Campbell, beloved son-in-law Jay Campbell, and their two sons Ryan and Will; son P. J. Luciano, his wife Julia, and their children Thomas and Mia; and her sister Patricia Ayers.

A memorial is being planned and will be announced at a future date.