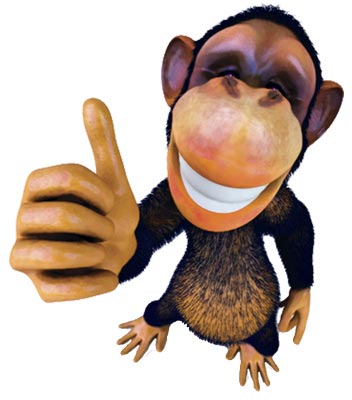 I had lived at and worked at a private zoo for almost two years and about three months ago I started having an affair with Judy, the groundskeeper, who was also my supervisor’s wife.

One afternoon, my supervisor William barged into the small room that served as my bedroom and office. “Was my wife in here with you yesterday?”

“No, William,” I responded, lying which made me feel uncomfortable.

“Really? I checked the security video and her car was in the parking lot for almost two hours.”

“And yesterday was her day off,” he shouted.

“Were you able to see the license plate? Because there may be other people who have the same car.”

“She drives a green Honda CR-V.”

I knew the video was black and white, which means green shows up as gray. “That’s a very popular make of car. I think one of the custodians has a gray CR-V.”

I was worried. William didn’t like me very much and he had been a collegiate boxer. He was very macho and tended to be a bit crude. That may be why his wife began sleeping with me. I was more the literary type and even wrote poetry.

Willian glared at me. “I want to check the internal videos.”

“Good idea,” I said, knowing the internal videos are dark because dim lighting does not disturb nocturnal animals.

The grainy videos showed several people walking between the cages. One showed me walking with someone with long hair who could not be identified as either male or female. Our backs were turned away from the camera.

He walked out of my little office and started toward the cage where Mimi the chimpanzee lived. We had been working with Mimi to understand American Sign Language and she had a vocabulary of almost 100 signs. When we got to her cage, he tapped on the bars and Mimi shuffled over to where we stood.

Mimi put her hand next to her forehead near her ear and moved it outwards away from her body to sign, “Hello.”

William signed, “Hello,” back. Then he raised his forefinger and hooked in a sort of question mark. “I want to ask you a question,” he said.

Mimi moved her entire body up and down to signal a “yes” response.

I suddenly had a premonition of William turning and punching me in the face as we stood outside Mimi’s cage. I tried to keep a bland expression because Mimi could read facial and body language. I am sure she was already getting the signal that I was upset.

William took out his cell phone and scrolled to a photo of him with his wife Judy. He held the phone up to Mimi. She studied the photo.

William pointed to the ground and moved his thumb from his chin to ear with his fingers closed to sign, “Here yesterday?” He was asking Mimi if Judy was here yesterday.

Mimi looked past William to me, standing behind him. She held up three fingers. I shook my head,”No.”

“What the hell does that mean?” William asked. Then he signed again. “Here yesterday?”

Mimi moved her entire body up and down again to signal a “yes” response.

William turned to glare at me, his fingers closed into fists. “You son-of-a-bitch. I’m going to kill you.”

“Wait a minute,” I said, my voice squeaking a bit. “You were here yesterday, weren’t you? Mimi might be a bit confused. Maybe you need to show her a picture of Judy alone.”

His shoulders relaxed a bit as he scrolled through his phone until he came to a photo of Judy alone. “Here’s one.” He held it up toward the bars.

Mimi looked past William to me and held up five fingers. She had me. I swear she smiled and started bobbing up and down.

As Mimi studied the photo I held up five fingers behind his head and nodded.

William looked skeptically at Mimi but Chimps facial expressions are very hard to read. William scrolled to find another picture of Judy. He held it up and signed again, “Here yesterday?”

William turned toward me, his face almost purple with anger. “I’m going to ask Judy,” he said. “And you had better be telling me the truth if you know what’s good for you. And so should she.”

I nodded, knowing that Judy would deny everything.

Once he left the cage area, Mimi banged on the bars. Then she held her left palm up, touched it with her right index finger and pointed to herself. I knew that sign. She was telling me to pay her.

I went to the storage area and returned with five bananas which she greedily accepted and took back to her sleeping area.

I wondered if all chimps understood the idea of bargaining and lying. Apparently Mimi did.