AUGUST, 1945: Memories of another Time and Place 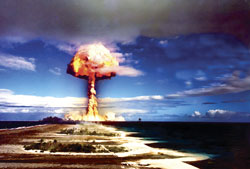 In August, 1945, as the long awaited birth of my baby sister approached, I was sent off to spend ten days on my grandfather’s farm, located on a gravel road about four miles north of my hometown of Ashland, Ohio. At the age of three, I was given free reign during those golden summer days, exploring my world of horses and cows, pigs and chickens, barn cats and hunting dogs. August was harvest time, and each evening, I would hang on the stable door as I watched for Grandpa to appear, driving his team of massive but gentle draft horses over the hill from my Uncle Edgar’s nearby farm, where they had been harvesting oats under the glaring summer sun.

In that less complicated time and place, most farm work was still done with horses, water was drawn from the pump in the front yard, the house was heated by potbellied stove, and daily trips to the outhouse were routine.

Later, as Grandpa milked his small herd of mixed Jersey and Guernsey cows, I would hang on the opposite stable door as I awaited the arrival of my dad from his manufacturing job in town. His 1938 Plymouth was equipped with fog lights. To my delight, he would turn them on as he wound his way up the dusty road. Each day would end with Grandma and I watching the sun set beyond the timbered hills.

I followed Grandpa loyally as he completed his evening chores, running milk through the hand cranked separator in the basement, feeding the desperate hogs, toting his large iron kettle of homemade “mush” out to the three slavering hounds. I refused to enter the henhouse to gather eggs, intimidated by the angry protests of stubborn hens pulled from their nests. My “job” was holding a bucket of milk for a greedy calf.

Each day, the red and white Nickel’s Bakery truck would arrive amid plumes of dust.  I knew Grandma would unfailingly spoil me with one of those little pies like men used to carry in their lunch boxes.  I reveled in thunderstorms, the calls of screech owls, a horse’s soft nose, a puppy’s tail-wagging joy, the melodies of red wing black birds as they serenaded from atop cattail stems in the bottomland.

Over the years I have often returned to that time and place when life has dealt out its share of stresses, anxieties and disappointments. Like J.R.R. Tolkien’s Lothlorien, it is a place where no fell thing may enter.  Such simple joy cannot endure forever. A few years hence, I would enter school with its lockstep conformity and accompanying barbarities and banalities of the playground and athletic field, intended to prepare children for lives of quiet desperation.

Even at three, I was vaguely aware that a war was going on. I had seen the daily newspaper with its photos of servicemen killed or missing. In May, after Germany surrendered, there had been joyous celebrations in downtown Ashland. On August 6, Hiroshima was reduced to ashes, along with its inhabitants. On August 9, the Japanese city of Nagasaki suffered a similar fate.  My dad took me to watch the fireworks celebrating the end of the war.  I would not know until years later of the piles of bodies at Auschwitz and Dachau, the orgy of bloodshed at Stalingrad, the firestorm that razed Dresden, the sneak attack on Pearl Harbor, the brutalities of Nanking and Bataan, or the forced evacuation of thousands of innocent Japanese-Americans into concentration camps.

The media promoted “The Best Years of Our Lives” with the end of the war, a promise that would prove illusory.  On the evening of September 11, 2001, my dad and I went to a nearby county fair. Walking through barns where friendly horses were quartered gave me a small measure of peace as the world entered yet another time of madness. 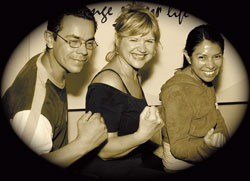 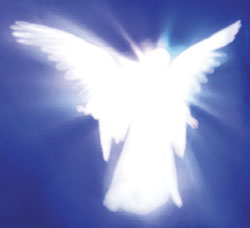 Facing Time
Facing Time By Bonnie L. Phillips   Thirty-year-old Agnes had vague memories of being in a stark white hospital. She remembered seeing a tunnel 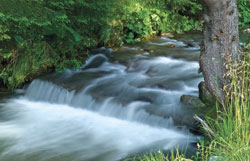