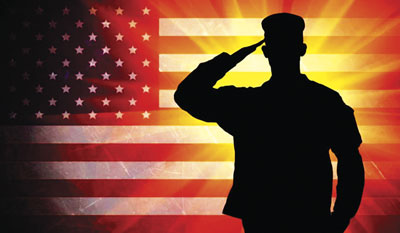 In recent years I have made efforts to re-establish contact with the men with whom I served in the Army between 1957 and 1960. In that, with the help of many others, I have been successful. But one lost connection has completely eluded me. For over forty years I have lived with a sense of dereliction about Dick Sutton.

Life has many injustices. I believe that Dick Sutton’s story is one that would not occur in the Army today. It is encouraging that we have come so far in racial justice in the past sixty years, and it is only fair to state that the United States Army has led the way in effecting those changes.

My connection with Dick began and ended in Germany, in the 318th ASA Battalion, based in Herzogenaurach, Germany. ASA stands for “Army Security Agency,” part of the Army Signal Corps and a military appendage of the NSA. Without describing in detail our mission, the group to which I was assigned was composed of German linguists. Our mission was intelligence related. Most of us were university graduates, or we had completed some advanced education and taken time out to fulfill our obligatory military service.

We had two separate chains of command in the 318th, our operational commanders in the intelligence mission and a structure that provided all non-intelligence-related support. The cadre of the latter was not cleared for access to what we did in operations, but still had direct control over us when we were not engaged in operational activities, a strange and not very effective arrangement. Hopefully it has since been rectified. The support elements provided cooks, clerks, police, maintenance and motor pool services, among others.

Dick was a private in the motor pool. He was Black. After all these years, I have difficulty recalling exactly how he looked, but impressions remain. About medium height, he was a handsome man. He had a medium build, athletic physique . . . maybe like a tennis player might look. My most powerful impression of him was his bright wit and his intelligence. On the base we had a Service Club, an arrangement where we could go to play cards or get a snack. It arranged excursions and provided a venue for a German-American Club where we could meet with Germans and make friends. They held bridge and chess tournaments, and Dick learned to play bridge and chess at the club. He was the battalion chess champion and one of our best bridge players. He made friends with a group of us from the German Language Section and we went into town together occasionally. I remember one occasion when a group of us went on a Lakeside picnic, somewhere near Nürnberg.  We played bridge on a blanket and drank beer until it was too dark to see the cards.

Remember the late 1950s? The integration of the schools in Little Rock had occurred and James Meredith had been matriculated into the University of Mississippi by military force. The Black community in the United States was just beginning to assert its demands for equality of opportunity . . . for desegregation and acceptance. Being from rural Oregon, I had almost no contact with Black people until my first years of college, and then later in the Army. I accepted them pretty much on their own terms with very few preconceived ideas. We had Blacks on the University of Oregon track team where I competed. In the world of athletics, the criteria of acceptance were not based on equality, but on a hierarchy established by performance.

The U.S. Army in many ways is a Southern institution. A few years in the Army, and most of us came out with a slight Southern accent that could not be associated with any specific region of the country, but had been acquired as part of military culture. A large share of our NCOs and officers hailed from Southern states. In other words, there was still a so-called redneck culture in the Army at that time. I don’t profess to know how Army culture worked in the infantry and other line units. Nevertheless, I suspect by that time, that performance was becoming the measure of the man, not color. However, in ASA field units we believed that our support command was composed of officers and NCOs who were primarily rejected by line units.  Apparently, such an NCO ran the maintenance section of the motor pool where Dick was assigned. Dick complained that he was always assigned the dirtiest, most unpleasant tasks. Whether this was fact or not, I don’t know. But Dick felt that he was being subjected to deliberate humiliation. The Army is a hierarchical institution. It imposes a segregation (by rank) that is sometimes very demeaning. Most of us who were enlisted and accustomed to being treated with respect (we were college kids!) felt demeaned in the Army. All soldiers gripe. Among ourselves we discussed our resentment, particularly at being ordered about by those we thought of as our intellectual inferiors. Oh, the arrogance of youth!

Common enlisted men, NCOs, and officers all used separate mess halls and bathrooms, gathered at separate clubs and lived carefully segregated lives. The reasons are obvious, but the segregation to Dick must have seemed doubly offensive to a bright young Black man. He knew he was bright and resented being treated as an inferior by those whom he regarded as beneath his intelligence. With us, Dick had no such problems, because those of us with whom he associated had no strongly preconceived attitudes towards Blacks and treated him as an equal. We respected his intelligence and most importantly, he knew he was our equal! We liked him.

Nevertheless, Dick lived in a separate world from ours. On Herzo Base we were the elite. On the base there were linguists in virtually every language associated with Soviet Bloc countries, much more challenging languages to learn than German, but we were the ones who could speak the local language, were employed occasionally as translators for the base command, and, of course, were thought to have better access to the fräuleins . . . a constant obsession with all young soldiers far from home. Dick lived most of his life among the support troops, the guys who did the dirty work.

One day as he went through the chow line in the enlisted men’s mess hall, Dick became embroiled in an altercation with one of the cooks. The dispute was taken out onto the parade ground where the matter was in the process of being settled in a manner usually reserved for differences that can’t be resolved by anything other than testosterone.

The local base police showed up. They were not trained MPs, but men assigned to the security of the base. Their actions were probably inappropriate, since they arrested Dick and released the mess cook, a white man. Dick was taken to the guardhouse and there he went berserk. He decked the Sergeant-of-the-Guard and took a swing at the Officer-of-the-Day before he was subdued. Now he was in deep trouble. And he knew it. As the story circulated, he attempted to take his own life while he was in the detention room. It was said that he attempted to hang himself with his belt, but was pulled down before he succeeded and was stripped to his underwear and again left alone. He made a second attempt with his T-shirt, and was again subdued, this time with a sedative. The word was soon out that Dick was to be tried by General Court Martial. A General Court is empowered to impose the maximum levels of punishment under the Uniform Code of Military Justice.

I had occasion shortly before the court martial was to take place to run into our company commander in Herzogenaurach under unusual circumstances. We were alone and both were drinking cognac and coffee, and an informal conversation developed. In the forms reserved for military justice, the captain was convening officer for Dick’s court martial. He was the person who would draft the charges for which Dick would be tried. Trying to broach the subject of Dick’s circumstances, I asked him a related question about the UCMJ. His immediate response was that he could arrange a pass from duty to attend Sutton’s trial so I could see how it worked for myself. He stated that he was going to “throw the book at that nigger!” His attempted suicide was not to be taken into account, according to the captain. I thought that was a matter for his defense officer, but decided not to make any comment. I excused myself soon after and left. I did not attend the court martial.

The company commander was old Army, World War II and Korea. He had previously been an enlisted man and had obtained a commission along the way. He was about to retire and return to his home state of Georgia. The officer’s corps also had its share of rednecks.

Dick was convicted and condemned to six months in the stockade, and given a Bad Conduct Discharge. It might have been worse, but a BCD was the kiss of death (or unemployment) in the civilian world in those days.

When I next saw Dick, it was after he had served his term in the stockade. He had been returned to Herzo Base for shipment to the United States. As it happened, I was also returning home at the same time. I was the senior enlisted man to be transported by train from Nürnberg to Bremerhaven, where we would board a troop ship. I was placed in charge of Dick and the others. Dick was manacled to my wrist, and later to his seat on the train. I was given a pistol to wear. It was unloaded; maybe I was supposed to drop it on his toe if he got out of line. We talked all the way to Bremerhaven, and he described his experience in the stockade.  I can’t remember the details of his experience, except for one sexual one that I will not describe. The experience was debasing and brutalizing, but as I look back on it, I have the impression that he somehow had come out of it intact. The sexual experience that he related was laced with humor. It was Black humor, but it was humor.

When we arrived in Bremerhaven, I delivered Dick to a naval officer and I never saw or heard from him again.

Dick was from Chicago. Every time I have read or heard something about military prisons I have been reminded of Dick. Many times I think of him when I reflect on my years in the military service. In those days, we had what was known as “universal military service.” Our country existed in a hostile world that demanded that all U.S. male citizens should be prepared to serve in war. Unfortunately, there was no provision to deal with those of us who were psychologically unsuited for military service, save military prisons, BCDs, and Dishonorable Discharges.  In civilian life, I believe that Dick Sutton had the potential to become a valuable member of society and lead a successful and fruitful life. His conviction and incarceration in the Army, and his subsequent BCD may have destroyed that potential. I pray not.

I have always wondered if Dick was able to pull himself together and lead a productive and happy life. He was so bright. He could have accomplished almost anything.  Was he able to shed the bitterness of the experience? Did he have a family? Is he alive today?

I feel a sense of guilt. We were friends; not really pals, but we had served together. I didn’t get his home address, and I made no effort to establish a basis for future contact. I turned him over to that naval officer, and forgot him . . . No, I didn’t forget him.