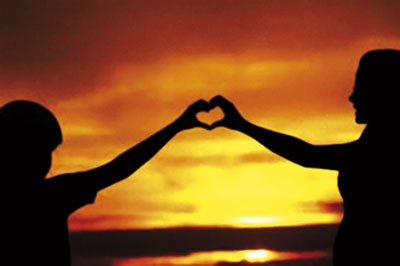 Often when I hear Jewish friends reminiscing about the funny foibles of their dearly-departed mothers, I squelch an inclination to boast that my own mother was perhaps the most unusual “Jewish” mother ever—mainly because she wasn’t Jewish, at all. (*See Note) My mother was a Mexican Catholic.

Yet her personality, outlook and sense of humor were unmistakably “Jewish.” She also preferred the company of Jews, thinking those of her own religion a bit too somber.

Not that my mother couldn’t get pretty serious herself. I still recall the stricken expression on her face the day my grade-school principal called to advise her that a recent IQ test given to my fourth-grade class had revealed that I was mentally retarded. I would have to be sent to an institution for “exceptional” children.

After the call, my mother (who was not given to affectionate gestures) took me in her arms, and said that though her and my Irish father’s dreams for me would now never come true, they would make up in love what I so lacked in native intelligence.

Personally, I was not that disappointed. I didn’t like school, anyway. Besides, I had never seen my mother so tender and loving, though to bring on such a change, I had to seem to be quasi-retarded.

My blissful state lasted only until the school principal called back a few days later, almost apoplectic with apologies. Seems the IQ test’s two inner pages had stuck together, and many students (not just me) had filled out only pages 1 and 4 of the four-page test, hence immediately failing 50% of the entire test. My mother was hastily reassured that I would not have to be placed in a special school—which should have been good news for all concerned.

Instead she stormed into my room and accused me of deliberating having glued the test pages together, just to upset everyone at the school, as well as force her closer to the nervous breakdown she always threatened to have someday.

Another indelible “Jewish” memory: After I’d barely graduated from high school, and as many of my former classmates went on to college, I got a job working for a dental clinic, delivering false teeth to various dentists. But I spent most of my time in the jaws of trouble and a judge finally placed me on probation.

My mother, who was fond of tossing big Christmas parties, would announce at these festive occasions that those people who had not yet met me should consider themselves fortunate—because I was destined to die in the electric chair while my smarter friends went on to college.

Later, after I shocked her silly by not only going on to college, but making good grades, she threw a party to celebrate my return from the hallowed halls of academia. Her speech that night was pure Jewish humor. “Well, for the longest time I thought my son was so dense that he was destined for little more than a life as a petty criminal. But I was wrong. He has graduated with honors from a wonderful university, and now seems to know everything about everything. Frankly, I liked him better the other way.”

She was disappointed for another reason. For a Mexican parent in those days, there were three main professions worthy of making great sacrifices to enter: the law, medicine and the priesthood. My mother hoped I would become an attorney. When I told her of my plans to try the movie industry, she vowed to never forgive me.

I still remember her reaction after she journeyed all the way from West Texas to Los Angeles to watch me direct my first film. At that time, I was about twenty-three. These days, very young directors are commonplace but back then it was a rarity. Most of the members of my cast and crew were veterans in their 50s and 60s.

The two middle-aged producers were kind enough to tell my mother that I was doing a fine job, though in reality I didn’t know much but managed to disguise the fact by exhibiting a sizable amount of raw energy. But my mother’s opinion was as equally important to me as that of the two producers, and her stony silence was unnerving. Finally, at lunch, I asked her how she thought I was doing.

“Disgracefully,” she curtly answered in Spanish. Oh, great, I thought: now my mother is a movie critic of a movie that hasn’t even been made yet! My previous sense of professional assurance vanished into the smog-laden air.

“To begin with,” my mother continued, “it is rude of you to address all these older men by their first names. You were brought up better than that! It should be ‘Mister,’ not this ‘Tom, Dick and Harry!’ Also, these fine gentlemen have their own equipment, and stand close by to make sure it works. But you are walking around all the time! Why don’t you ask one of these nice men if you can be his apprentice and then you can stand next to him, and not be wandering around all the time!” I didn’t have the heart (or nerve) to tell her that I was in charge of the entire shooting match.

For all her native shrewdness, my mother was, in some respects, amazingly naive. She once told me Clark Gable had been the wittiest man in movies. When I asked how she had arrived at that conclusion, she said, “You’ve heard all the funny things he said in his films.” I couldn’t tell her that probably an army of faceless gnomes had been responsible for Gable’s sparkling dialogue.

Years later, she asked me how movie scenes were made that called for planes to crash or cars to plummet off the edge of cliffs. She knew it was a trick, but didn’t know how it was done. I quickly corrected her. The scenes were real, and involved real people. “But how,” she scoffed, “can you find anyone willing to do such things?”

“We place ads for terminally ill people—who don’t really care how they die, just as long as it is quick—and of course we assure them that their movie monies will go to their next-of-kin.” She didn’t believe a word of it—but only after she’d thought about it for a while.

It wasn’t long afterward that my mother became terminally ill herself and all these years later, I can’t watch a death-defying stunt in a movie without remembering her—and need I add, with a great deal of fondness and gratitude. Given the flakiness of the raw material with which she had to work, she taught me discipline and the value of work in the only way she knew—the hard way.

*Postscript: It was only a few years ago that my mother’s affinity for those of Jewish ethnicity was further explained when an elderly cousin, having read this editorial when it was first published, called me from El Paso to say that he thought I knew that my Mexican mother had Sephardic Jewish blood. This very late-in-arriving news delighted me but I, who have always been an unmitigated disaster when it comes to business, had to wonder where the Jewish business-genius gene had been when I was conceived? Out on a three-Martini lunch, I suppose.