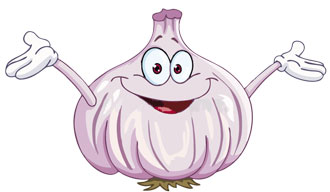 Being harassed by vampires, witches or evil spirits? Try chewing on a clove of garlic. Laid low with a bacterial infection? Garlic just might provide relief. Bothered by hypertension, high cholesterol, or coronary problems? Even modern scientists conclude that garlic can be beneficial.

In Mexico, early spring heralds the harvesting of the year´s first crop of garlic. And although most of it will find its way into flavorful stews, soups and other culinary delights, a goodly amount will be channeled into other uses. While its popularity here as an aphrodisiac, a purifying agent and a talisman is widespread, the medicinal properties of garlic are gaining perhaps an even greater recognition, not only in Mexico, but throughout Eastern Europe, the Middle East and Asia, the prowess of garlic as a potent medicine is legendary.

Ancient writings from Egypt contain anecdotes praising garlic’s role in fighting infections from battlefield wounds. (In fact, it has been utilized for this purpose as late as World War I). Pliney, the Roman scholar, listed 61 garlic remedies for maladies ranging from madness to coughs to impotence. And the Chinese use of garlic as preventive medicine dates back to before 2000 B.C.

Since the 1960’s, over a thousand scientific research papers have been published on the curative aspects of the herb, focusing primarily on its effect on hypertension, coronary ailments and cancer. Indeed, a growing body of research suggests that it may help prevent a host of chronic diseases. Garlic compounds have been found to reduce blood clotting tendencies by reducing the stickiness of blood platelets.

Scientists at the New York Medical College recently concluded that ingesting a clove of garlic a day could reduce blood cholesterol levels by as much as nine percent. Doctors at Rutgers University in New Jersey have found that some of garlic´s components act on blood vessels to reduce blood pressure. Other studies have identified compounds in garlic that block the formation of several types of carcinogens. And French researchers reported in 1994 that in experiments with rats, a garlic extract was successful in slowing the development of an Alzheimer-like disease.

So what is the magic ingredient that gives the “stinking bulb” such potency? Garlic is rich in sulphur-containing compounds that have a variety of beneficial properties. It is generally agreed that a compound called allicin is the antibacterial component in garlic and it is suspected that it may contribute to the ability of the herb to help lower cholesterol and protect against cancer. But many other compounds are formed when garlic is cut, smashed or bruised. Scientists have had a difficult time trying to single out which of the over seventy constituents of garlic produce which beneficial effect.

In spite of all the studies conducted, none have proved conclusively that garlic alone was the single factor producing the specific positive result. Yet, studies indicate that garlic may serve as an adjunct that helps enhance the immune system, curb coronary risk factors and block the action of carcinogens. Yet another favorable aspect is the lack of side effects-if one discounts breath and body odor and perhaps a bit of indigestion.

The bottom line seems to be that while garlic is not the “cure-all” some might profess, it does have medically beneficial properties. And what modern miracle drug will ward off evil, fight disease and add flavor to your favorite recipes—all for a pittance? 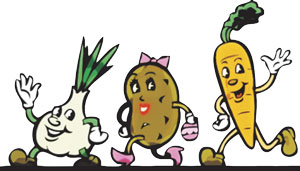