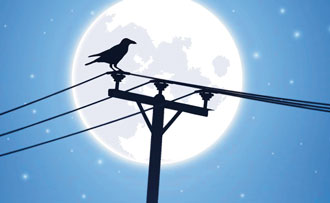 As I go about my daily encounters I learn a little something more about Mexico. Not everything I learn makes sense to the American in me, but then I have to remember that I only am making conclusions based on what I observe.

Of course, the Mexicans are doing the same.

While standing in line waiting to pay my bill at Telmex, I was a little off-put by the closure of their drive through pay window, and wasn’t in the best of moods. But then I watched the woman in line in front of me. She was furious that she couldn’t get her Telemex bill. I wondered why she was dealing with the problem with the cashier instead of the customer service representative. And she was screeching at the cashier, and turned to me and was angry that they didn’t even bother to learn English!

I was caught between shame and laughter. My turn had come from another cashier, and I looked at the cashier and said “Lo siento.” I’m sorry. Then as I paid the bill, I asked why the drive through was closed. He indicated it was for security reasons. Guess that is a good of a reason as anything.

But what did the two Mexican clerks learn about our culture?

When I first came to Mexico, it was difficult to learn the procedures of getting a landline, Internet, etc. I took someone with me who could speak Spanish, because I didn’t. I didn’t start going alone until I had a little better handle on the language. As a clerk in a business, I expect them to speak their native language. I don’t expect them to speak English.

Of course, when I get lost in my request, I am relieved when the clerk says, “I speak English.” I laugh and tell them I’m trying but apparently not succeeding. Their reaction is usually to tell me my error and help me through it. And I find they often ask me about something English--a business transaction with a cultural learning curve to boot.

I’ve also observed an American intolerance to noise. I remember being in a business when an angry customer came in and asked where she had to go to get those “damned rockets” to stop. They were noisy, were always going off, and scaring her dogs! The other customers, mostly Americans who have been in Mexico for a while exchanged glances at each other and laughed at the audacity of her remark. Someone suggested that she move further out into the country, or, perhaps, return to America.

I’m amazed by the people who move here from their own country, and expect everything to be done like it is done back home. Color me confused, but I don’t believe that everything done in the USA is the “best” or “only” way something can be accomplished. I’ve learned so much here, and still have so more to learn.

One thing I do think could be done a little better, is electricity. I have seen CFE make many positive changes since we moved here. And it isn’t their fault when a truck takes out the pole or a transformer blows. But this week, we’ve lost our electric three times. A minor inconvenience, storm or weather related. But when I look up at the electrical poles, it simply boggles my mind that the electric wires and wonder how they even work at all. My experience here has taught me to have flashlights, lanterns and candles available especially during, the rainy season which is officially here a little early this year.

Welcome to Mexico - April 2011
Welcome to MEXICO By Victoria Schmidt El Diablo—The Clock from Hell While moving to Mexico, I packed our alarm clock. The thought of the necessity