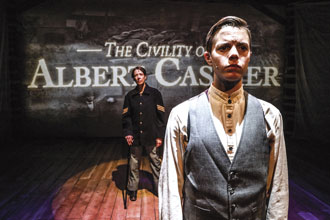 On August 6th 1862, a young man enlisted in the Union Army in Belvidere Illinois. He was short for a soldier, only 5ft 3in, but his size did not hold him back; he served with great bravery, witnessed by his fellow soldiers, and he signed on for three years of service which he endured without injury. His name was Albert Cashier: but, unbeknownst to his comrades, Albert Cashier held a secret, a secret that would not be revealed until decades later.

Nineteen years before this date, Jennie Hodges was born in Clogherhead County Louth, Ireland, and at age 16, she took a boat to Liverpool and then she travelled to New York, as a stowaway. Illiterate, and without any family, alone, her prospects were slim. She undertook menial work in farming before moving to Belvidere. There she made the decision that would forever change her life: after President Lincoln’s call for soldiers she decided to pose as a man and enlist in the 95th Illinois Volunteer Infantry.

And so, from August 6th, 1862, Jennie Hodges would be known as Albert Cashiers: she signed her enrollment form with an ‘X’ and she signed on for three years. Medical examination was cursory; recruits only had to show their teeth, hands and feet. In time Cashiers was well liked; he (we shall refer to him as ‘he’ for now), never shirked in all the skirmishes and his regiment, a part of the Tennessee Army under Ulysses S. Grant fought in over forty battles, including the siege of Vicksburg. All during this time his identity was never revealed: at times his comrades joked about his lack of facial hair, and his habit of keeping his uniform buttoned up to his neck (Cashier wanted to hide his absent Adam’s apple), but his bravery in the field would tend to seal his masculinity. His preference for privacy for bathing and sleeping were not seen as something odd- it was simply accepted.

Incredibly, after three years Cashiers survived the war and on August 17th 1865, he was mustered out. He decided to continue living as a man: this was practical in terms of employment opportunities, and furthermore, he would be eligible for a military pension. And so, he settled in the town of Saunemen, near Pontiac, and worked for the Chesbro family as a general handyman. He worked hard, and his congeniality, though reserved in nature, earned him respect in that tiny community. His employers built him a small wooden one room house nearby their family home, where he would live and work as a janitor, cemetery worker and street lamplighter.

In 1911, Cashier was hit by a car driven by his employer and was admitted to the nearest hospital where the physician who attended made the discovery of her sex. A discussion ensued with the Chesbros and it was decided the matter would not be disclosed. After this incident physical work would be a challenge and Cashier was transferred to the Soldier’s Hospital in Quincy, Illinois.

Again, the identity was revealed but the staff decided to keep the secret. In 1914, Cashier’s health deteriorated, her mental state was worsening and she was admitted to the Watertown State Hospital for the insane. Here her secret was finally out: the staff would make her wear women’s clothing after fifty years. The revelation was published, the headlines were sensational, and many of Cashier’s fellow soldiers came to visit her. One said of her “I am so saddened . . . I left Cashier a fearless boy of 22, and at Watertown I found a frail old woman of 70, broken, because she was compelled to put on skirts.”

On October 10th1915, Jennie Hodges, who had masqueraded as a man for 50 years passed away. She was buried with full military honors and today there is a second gravestone alongside the original that reads ALBERT D. CASHIER. COG 95 CIVIL WAR. BORN JENNIE HODGES in GLOGHERHEAD IRELAND 1843-1915. She lies buried in the Chesbro family plot.

Today, the sleepy town of Saunemin still remembers its strange inhabitant from years before, with mixed feelings, where Cashiers small wooden house has been restored as a museum. 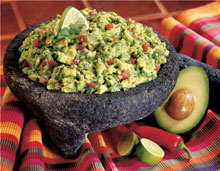