This musical comedy is a revival of the 1948 classic by Cole Porter, a play within a play with Shakespeare’s Taming of the Shrew providing an Elizabethan interlude to the romantic and mostly silly storyline. The key is Cole Porter’s music and clever lyrics, and this cast does well with the songs accompanied by Eleanor Stromberg on the piano with Richard Stromberg conducting—though at times I did miss the lush orchestration of the movie version.

The two leading ladies—Patteye Simpson as “Lilli Vanessi” and Katherine, and Kristine Moily as “Lois Lane” and Bianca—are both good singers and convincing in their roles. I particularly enjoyed Kristine’s rendering of Why Can’t You Behave? and Patteye’s of I Hate Men. Russell Mack has considerable stage presence, both as “Fred Graham” and as the swaggering Petruchio, and he speaks his lines with admirable clarity. And Kevin O’Byrne (“Bill Calhoun” and Lucentio) is suitably adoring of the beautiful Bianca.

I should also mention Graham Miller (“Harry Trevor” and the long-suffering Baptista) and Arlene Pace (“Rosie”) in solid supporting roles. Allen McGill played the wealthy “Harrison Howell” in relaxed style with a Texas accent. With this audience, taking a nap is not unusual and hardly seems a criticism—maybe Lilli should have married the guy!

With such a large cast, it is hard to mention all the players. I would like to have seen more of Amaranta Santos, who opens the show as “Hattie” and clearly has a strong voice. But of course the two Mafia hoods—Ray Himmelman and Don Chaloner—steal the show in comic relief. Their soft-shoe shuffle version of Brush Up Your Shakespeare is the best song of the evening.

Shakespeare’s battle of the sexes is not flattering to either sex, so the best approach is a touch of humor which was happily provided by Cole Porter in this snappy song. The dancers, led by Alexis Hoff, were attractive and well-rehearsed—my congratulations to Ana Ward, Gale Bildfell, Steffany Arnoldi and Sally Jo Bartlett. They were certainly pleasing, and the tap dance by Alexis Hoff and Ana Ward was particularly well done —I felt some of the zip that Anya Flesh used to be able to conjure up. The costumes were wonderful —thank you to the Wardrobe team for making this such a colorful and interesting show, while the clever set design worked smoothly with all the necessary changes of tempo and scene. Four cute “wenches” acted as scene-changers and were dressed as clowns to add to the light-hearted atmosphere.

This was an ambitious revival, and of course both audience and cast had a lot of fun. We shouldn’t take ourselves (or Shakespeare) too seriously, and Betty Lloyd Robinson successfully brought that message to the Lakeside stage. It’s a lot of work to put on a full stage musical, and I thank Betty Lloyd Robinson and all her team for a nostalgic and entertaining evening. 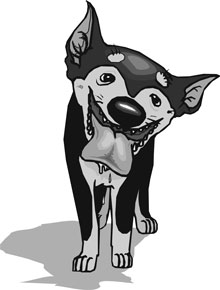